A Little Woodworking and Quilting

I am in the process of cleaning out my sewing room so that we can renovate........it will have drywall and wood flooring soon!   (You do realize that soon is a relative word......) 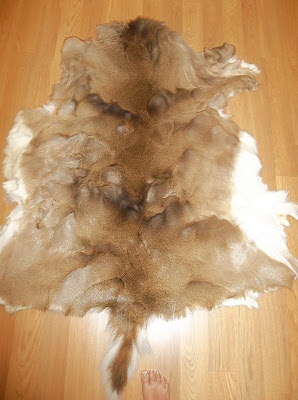 But in the process, I came across this old deer hide of Bill's.  It has been folded up in a box for a very long time! 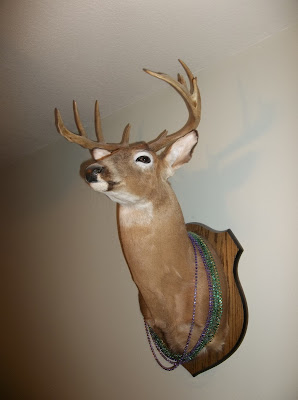 I thought it would match the deer head he has mounted and on the wall in the breezeway if it was in a frame........ 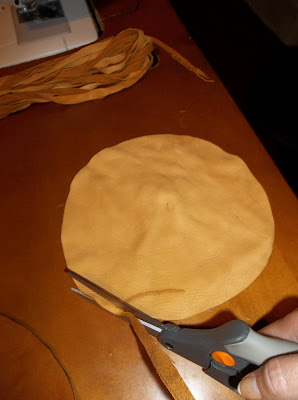 I also have some tanned skins from his previous hunts, so I made some lacing from one of them.  I read about using a circle a long time ago and it works wonderfully.  I got 8 yards from each circle of leather.  The tack gives me a pivot point and I just keep pulling and cutting. 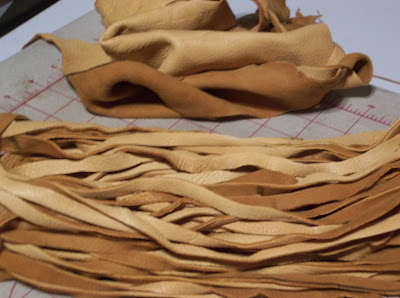 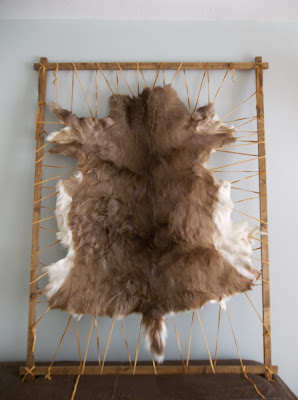 I knew just what I wanted it to look like and many hours later, we have it! 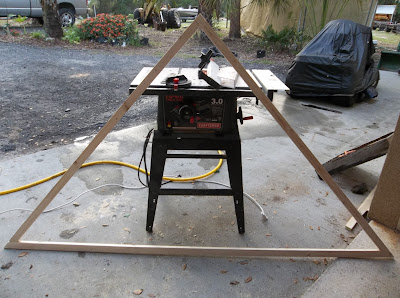 As long as I was on the wood tools, I decided to put together a triangle loom.  I have wanted to own one but the price is prohibitive ($250 and up) but the construction is simple.  I laid it out, drew my lines and angles and began the work on the table saw.  It wasn't fun but I was making progress until the saw smelled funny, sounded funny and then quit!  I went and asked Bill for help and he said it has been giving warnings for a while now.   Of course, it died right on the last join!   But he was able to use his skill saw and finish the last board so I could screw the whole thing together at least!  Thank you , dear!  I will save the hundreds of little finishing nails for another day.........you will be seeing the loom again in the near future. 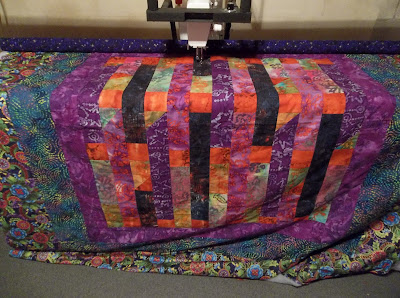 I gave up on the wood projects and did some quilting......half way on the last quilt for Millie's daughter.
It restored my good mood being in the sewing room! 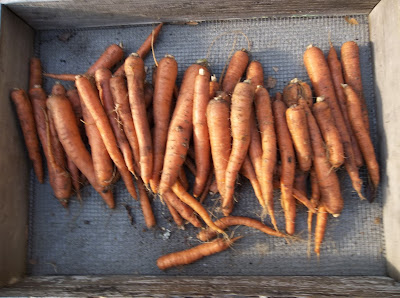 Bill has been harvesting from his winter garden-carrots and 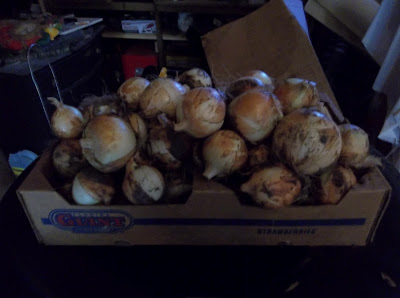 My niece makes these wooden cow faces for wall art--they are 12" tall and full of character!  I'm bringing one home with me-they wi... 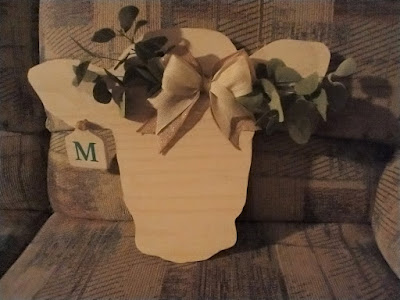