I have been a bit scanty on my blog posts lately but with good reason.  We have had an under the radar project going on every day for the last three weeks. 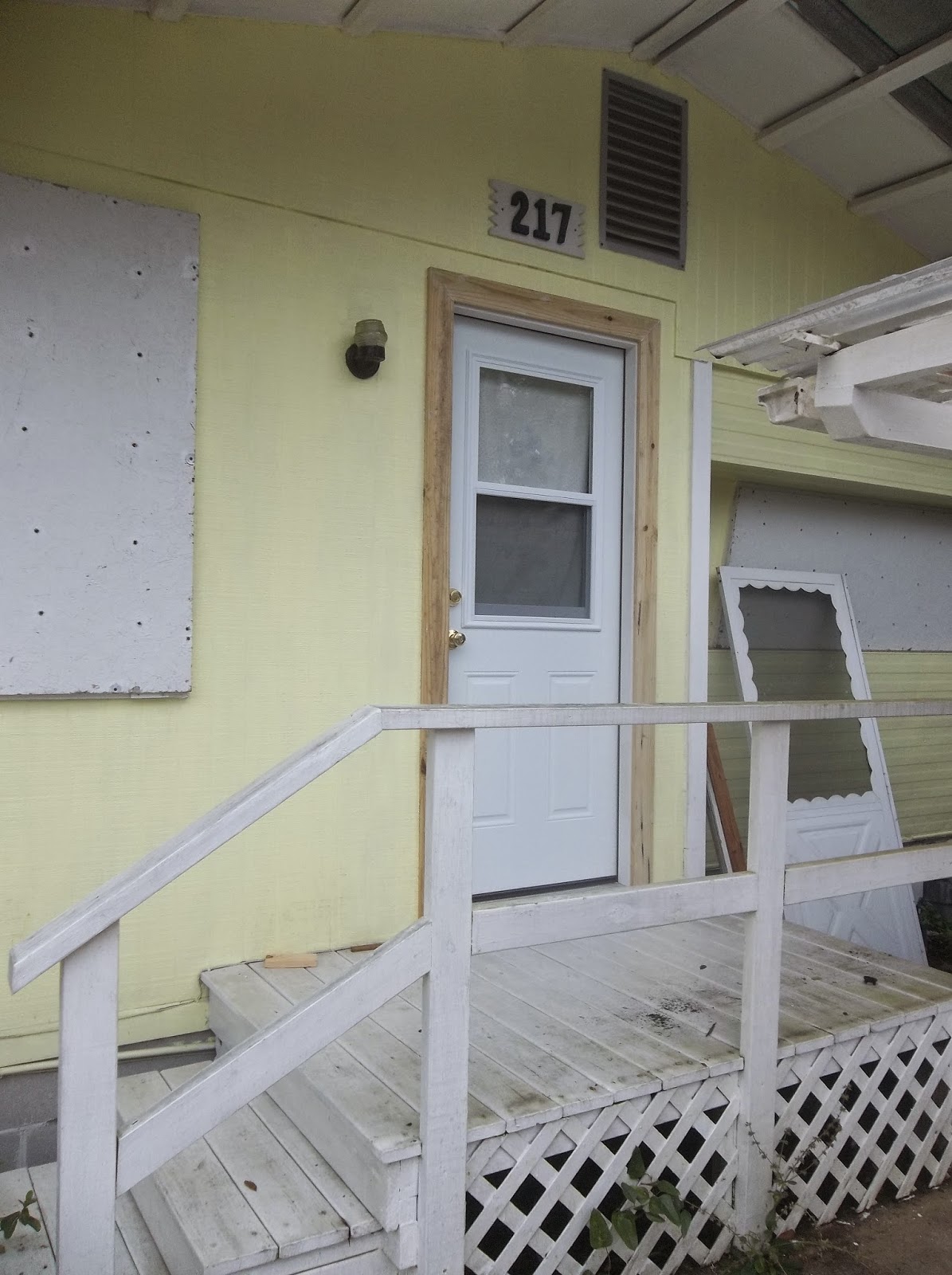 Bill and I decided to do some remodeling for my parents, without them knowing, here at their winter home.  It has been very fun to plan this surprise!  First, we installed a new door-they really wanted one with a window so they could lose the storm door.  Done. 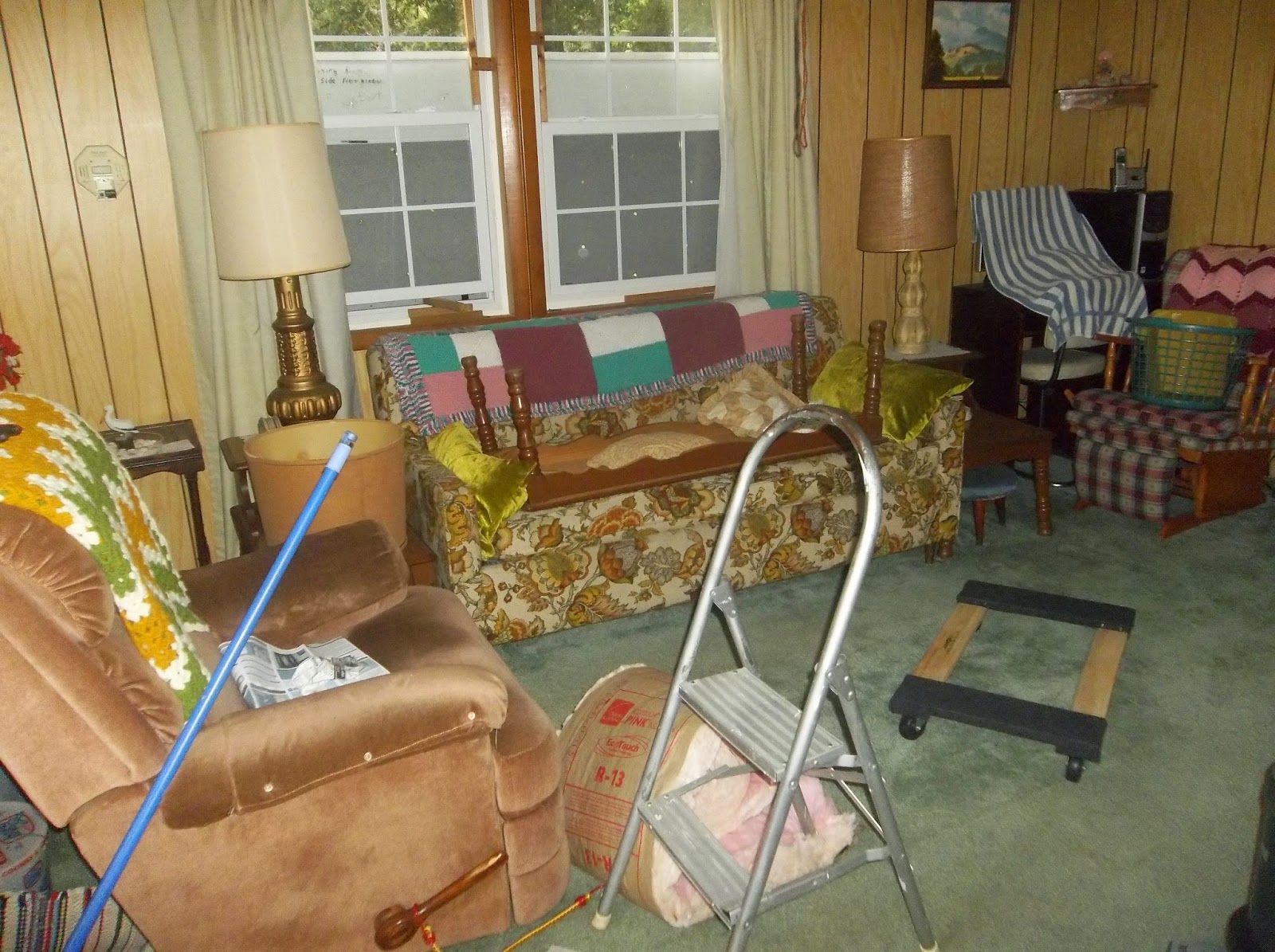 When Caleb was here for my birthday, he helped Bill pull up the old carpeting in the living room but first they had to move all the furniture out. 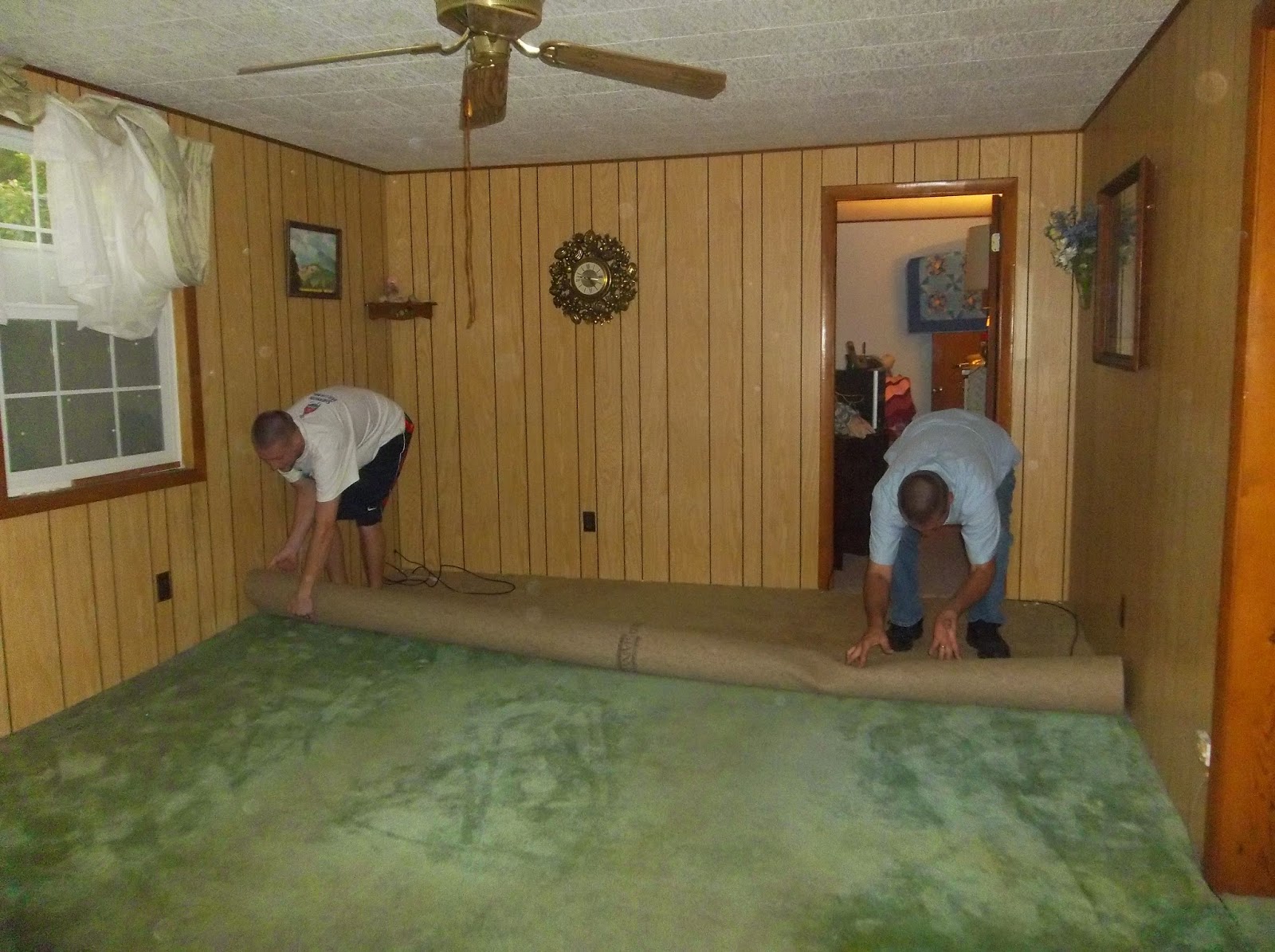 They rolled up the top layer and found another old carpet underneath.   (You can see the new bedroom in the background-remember we did that in November and they knew about that!) 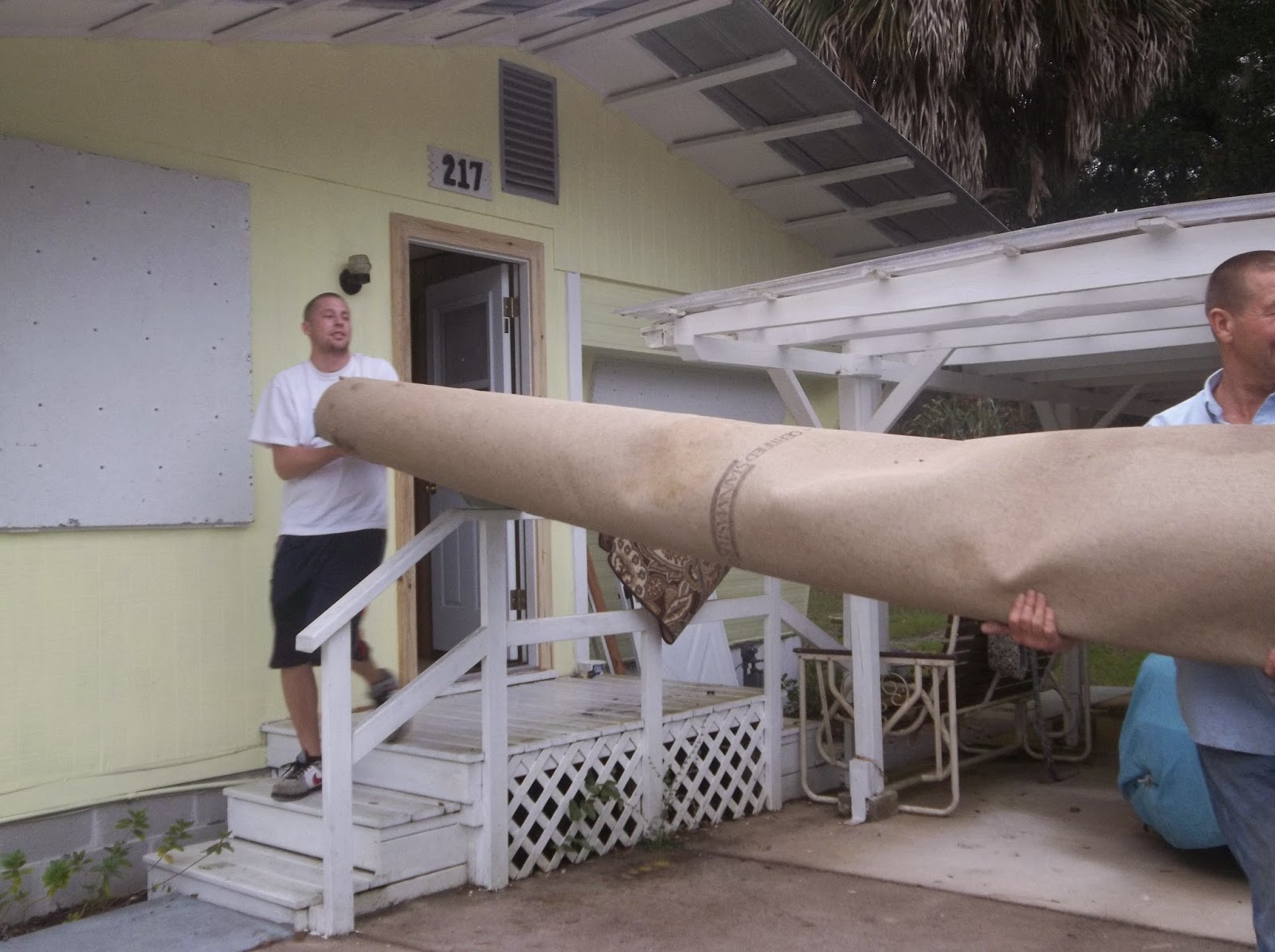 Out with the old! 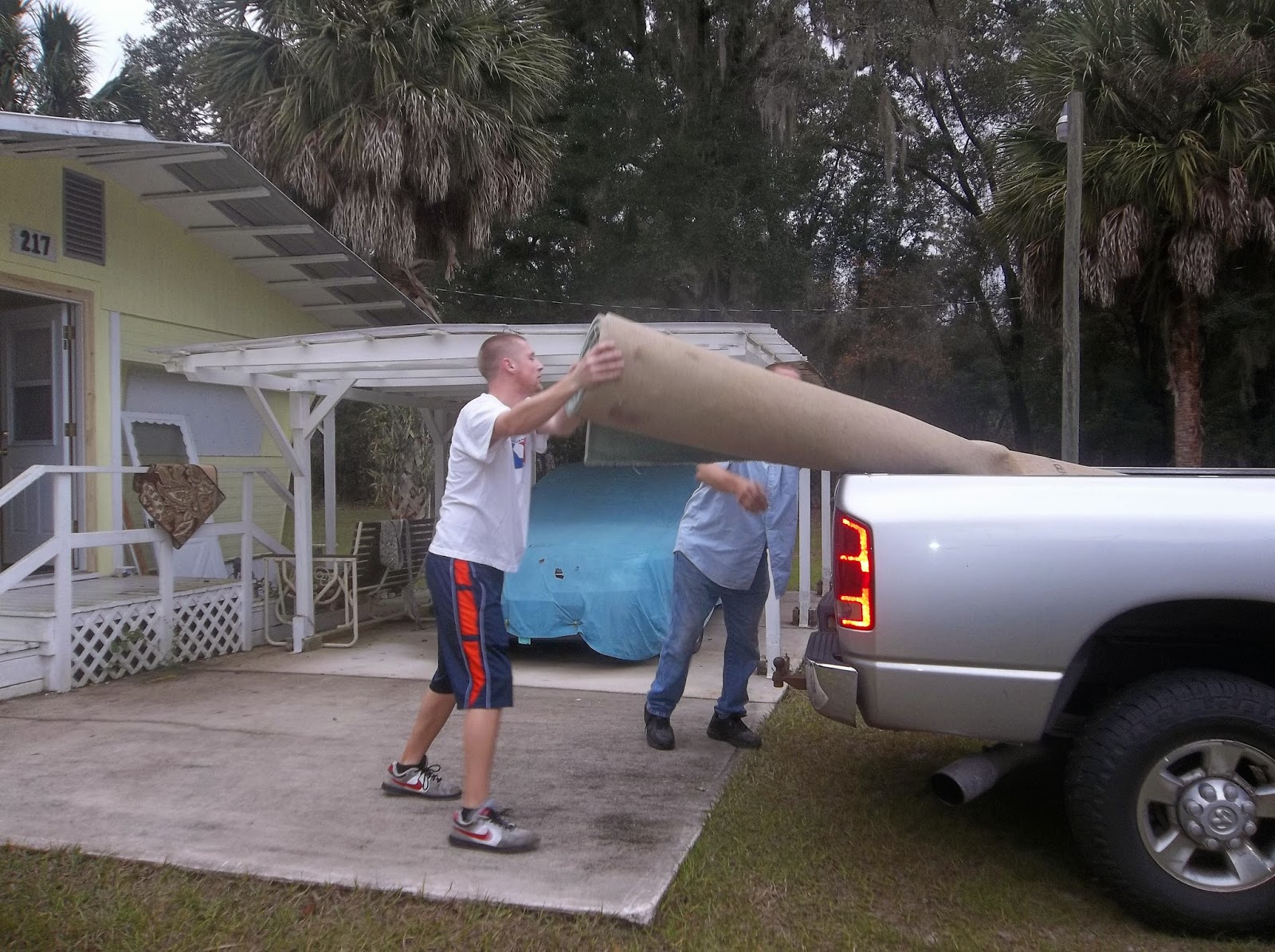 Bill uses the carpeting to hold sand on the right of way next to our house so that it doesn't get washed out-great way to recycle the 30+ year old carpeting! 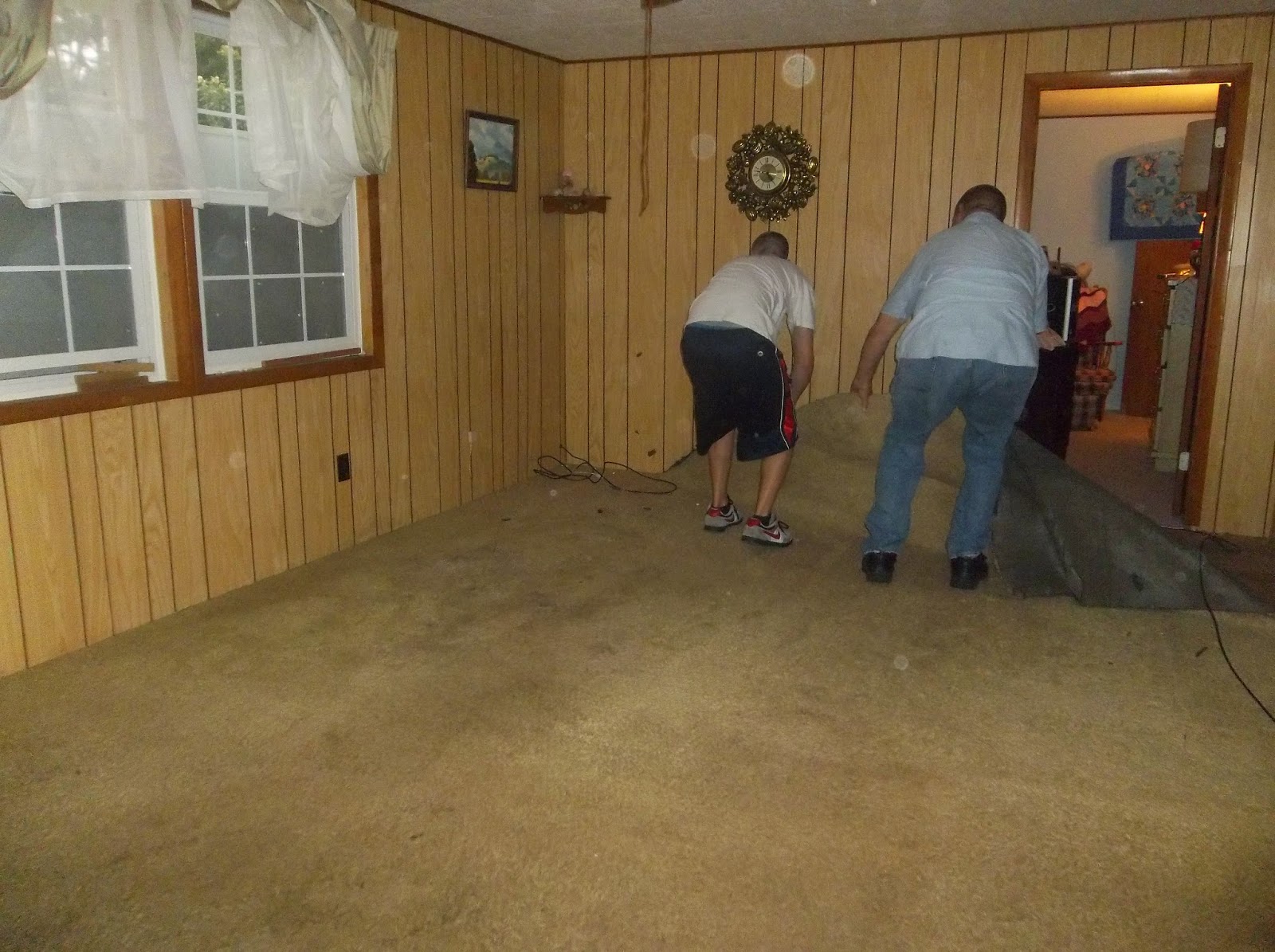 and then they pulled up the bottom layer! 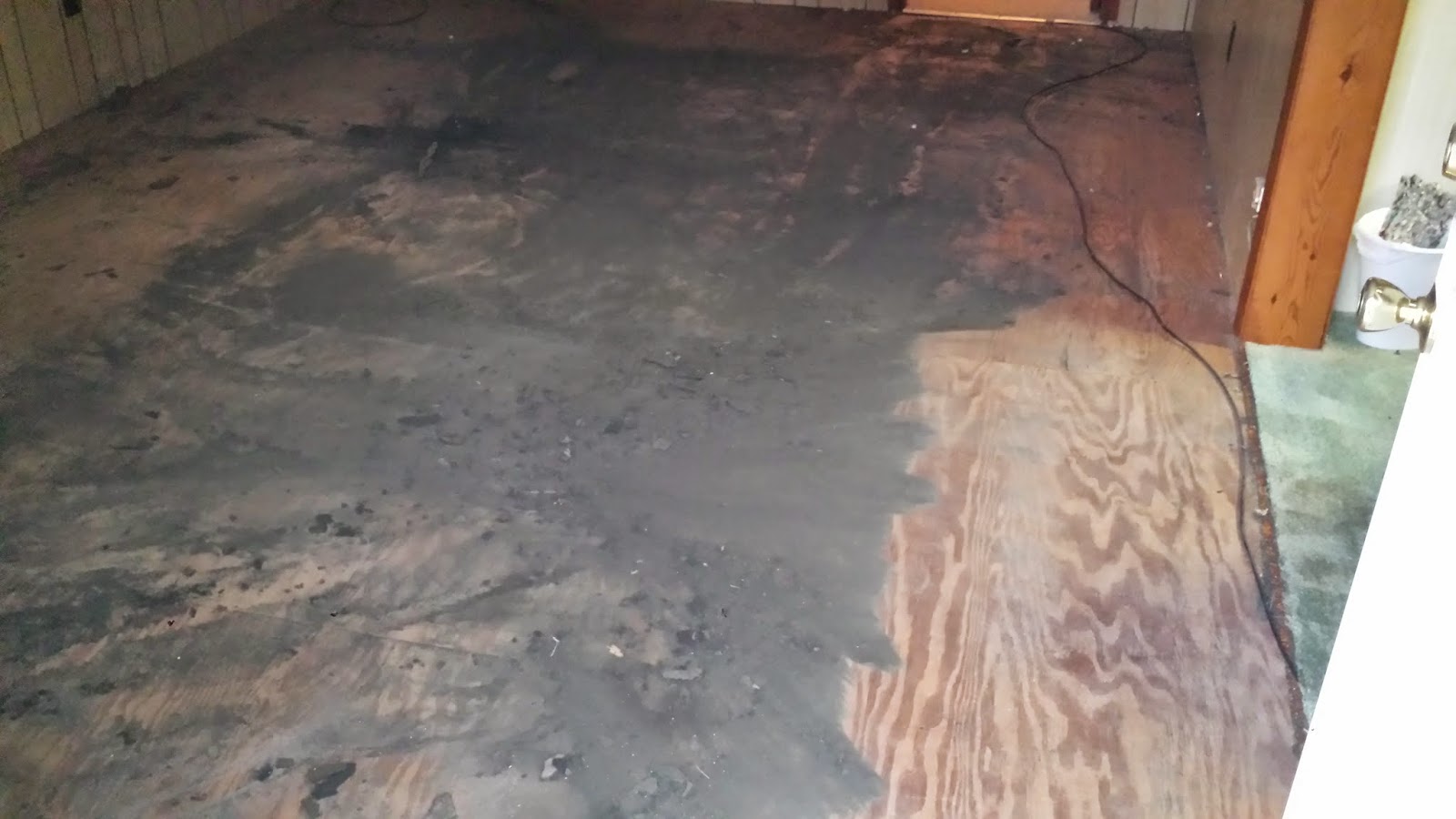 Now we know why there was this funny black stuff that kept trying to come up through the carpeting when you vacuumed!  The trailer is 50 years old and I think this was the original carpeting folks! 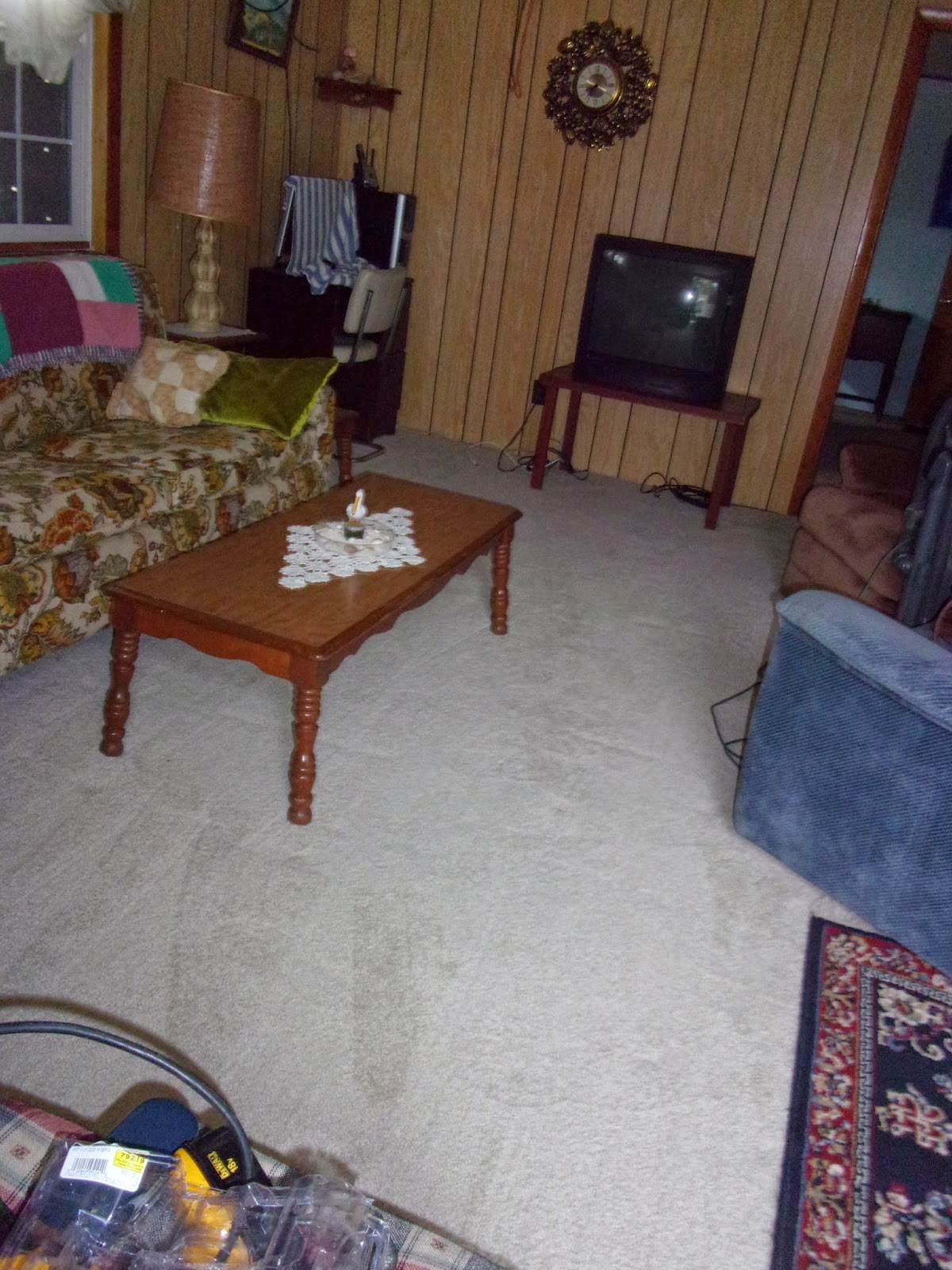 The new carpet is in place and wow, what a difference! 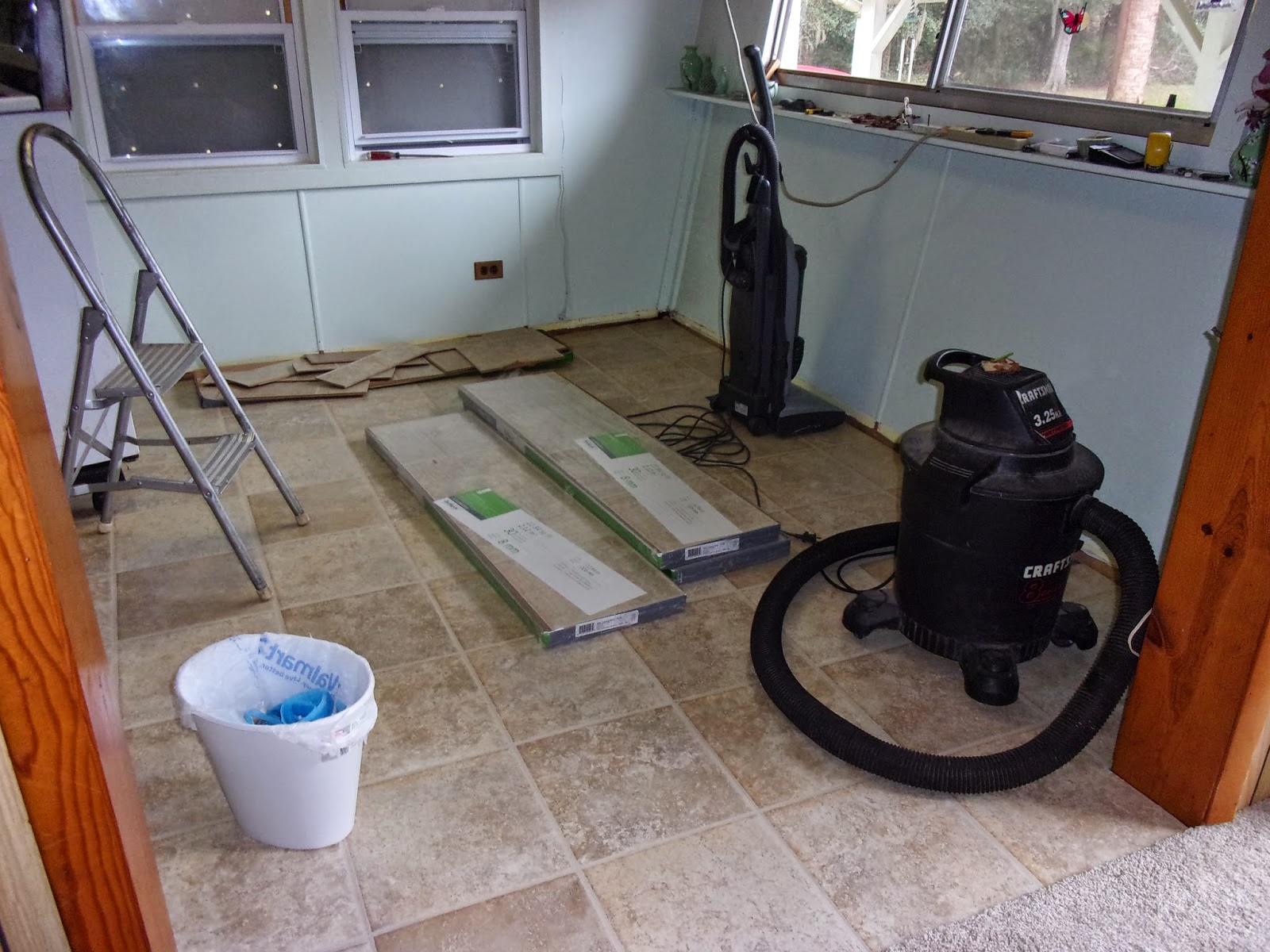 On to the dining room (my camera died for the carpet removal of this room-old green plush and linoleum in the kitchen)  We laid this laminate that looks like tile flooring!  Perfect for a florida home! 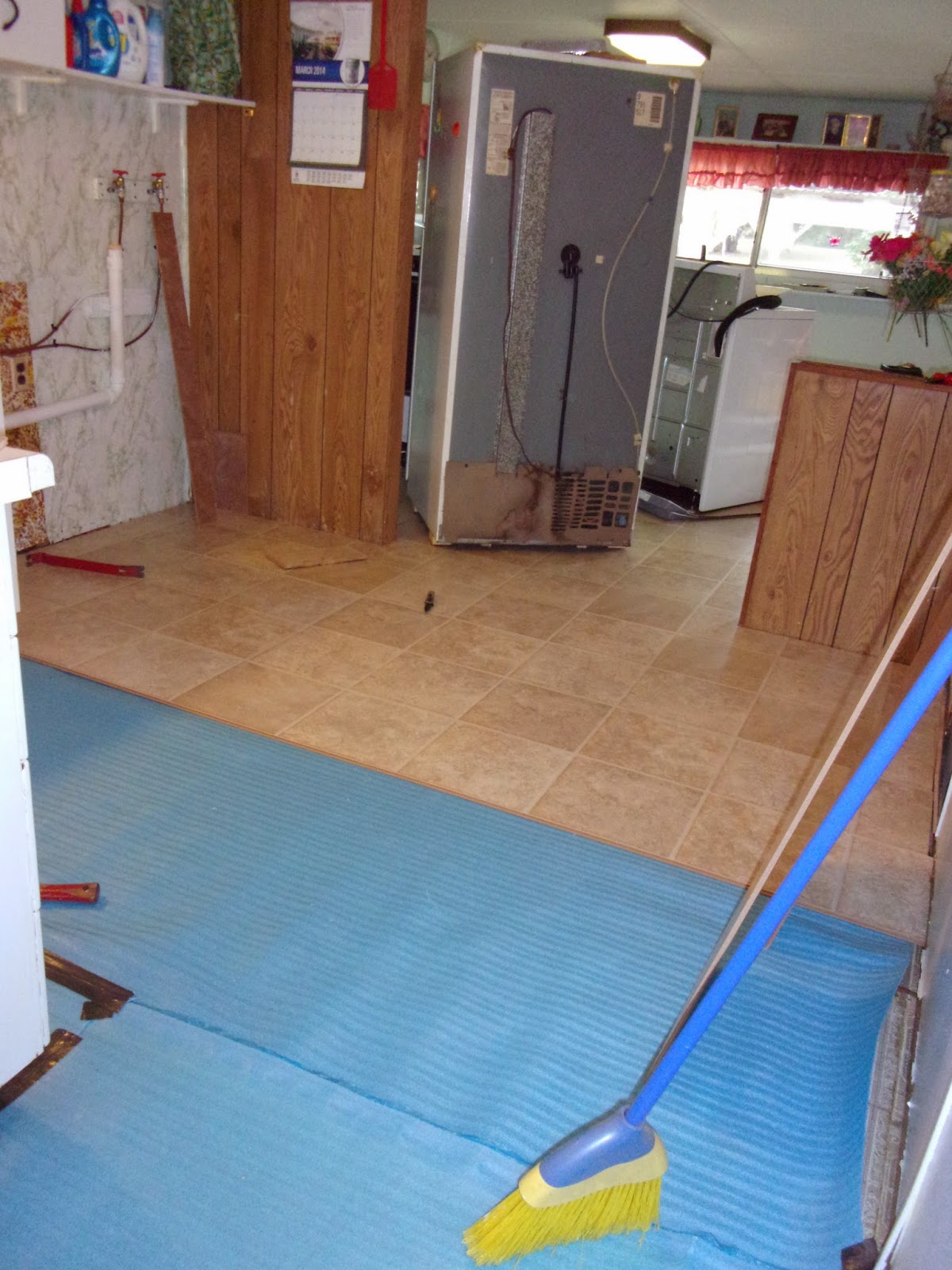 We continued to the kitchen.  The blue is the foam barrier that goes under the laminate. 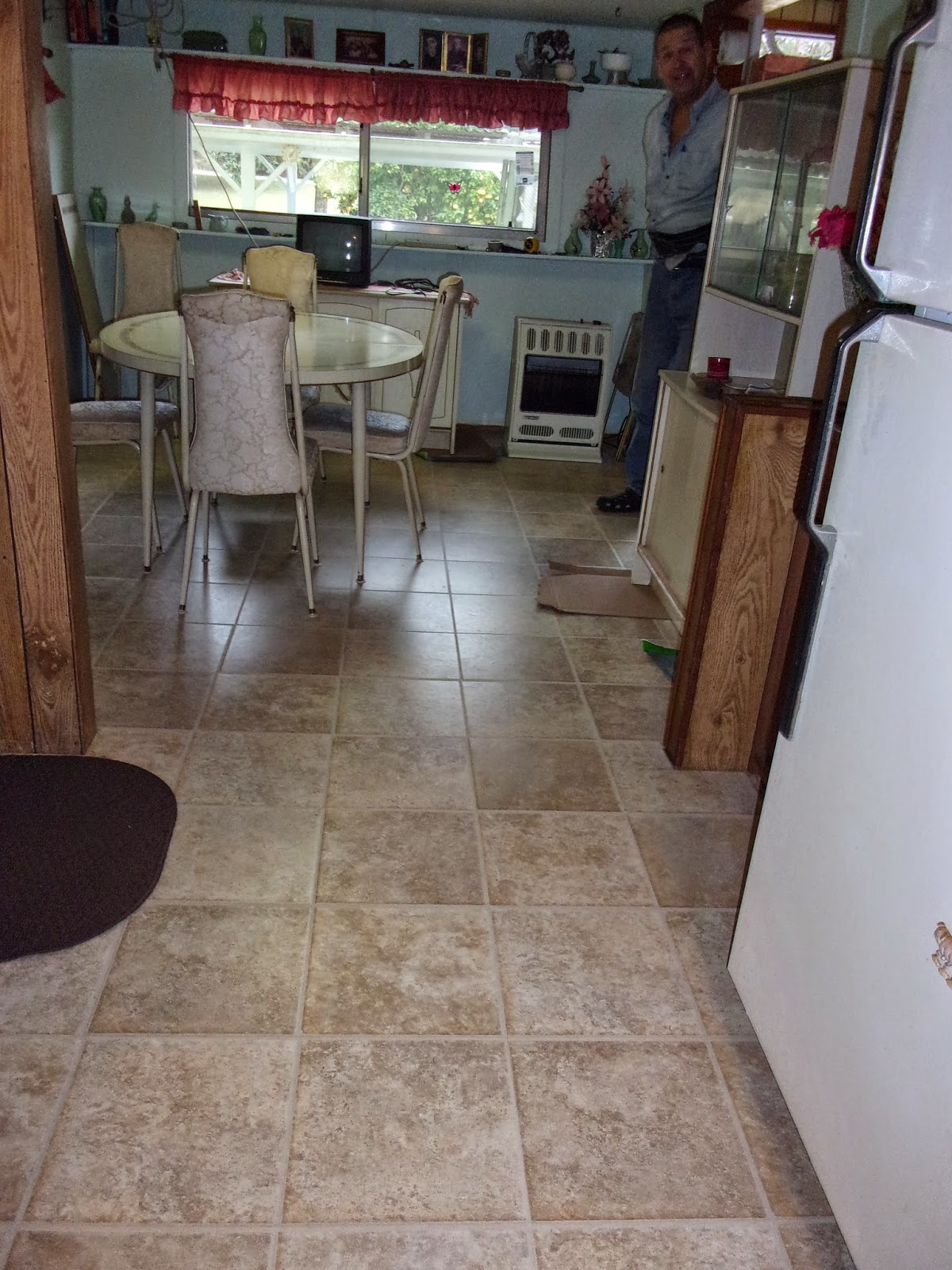 Isn't it striking!?  We are so excited to see their faces when they see this!

Oh, yes, it was every bit as fun as we anticipated!  They just went from one surprise area to the next!   It is so nice to do something for your parents when they have done for you all their lives! 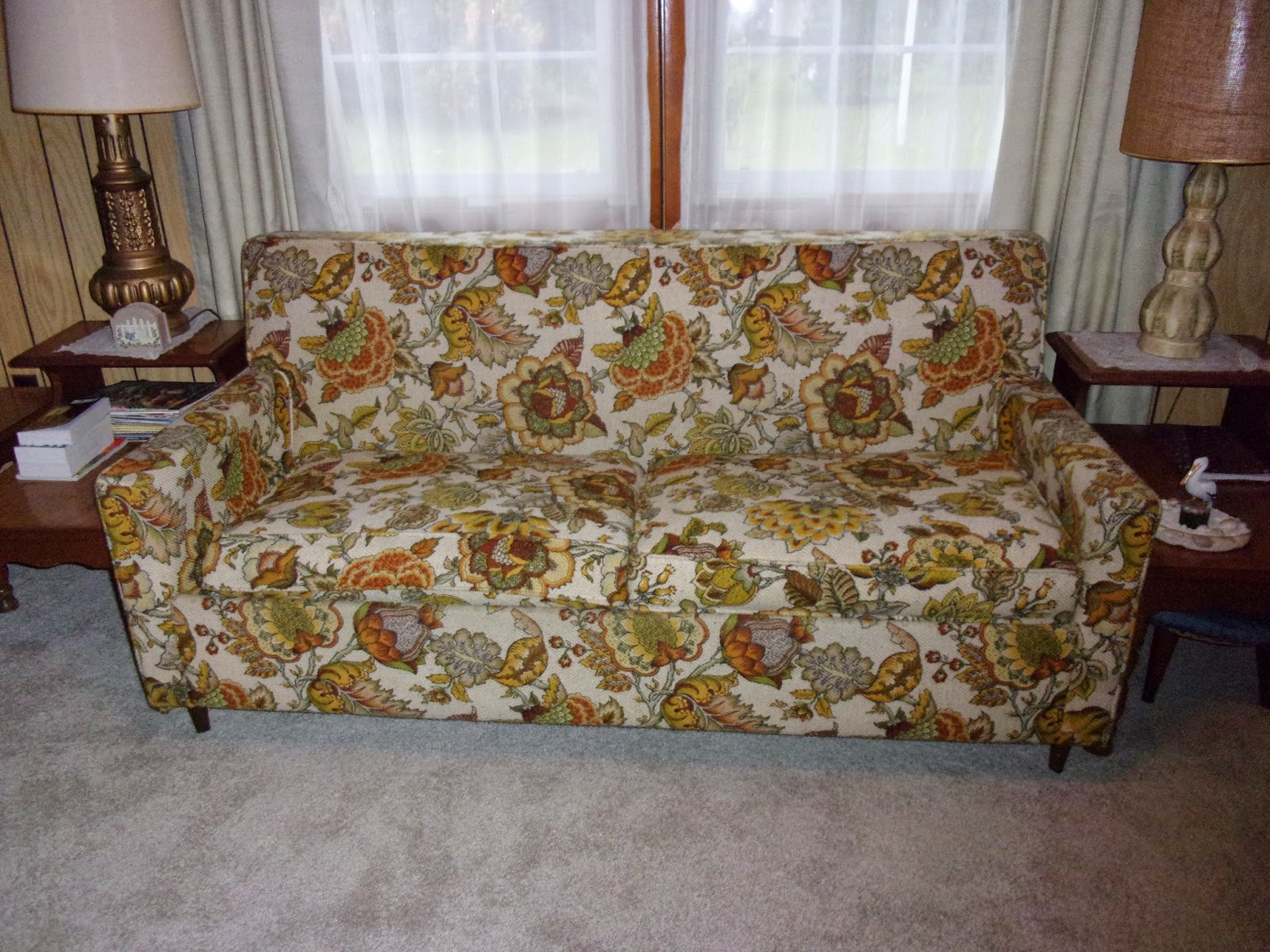 My parents arrived on Tuesday with my brother and his wife.  We dropped them off at their house first and they told mom they were getting a new couch, did she want their new/old one?  She was so excited to be able to replace this one.  (My brother didn't know about the remodel at this point so it was so fun to know what was to come!) 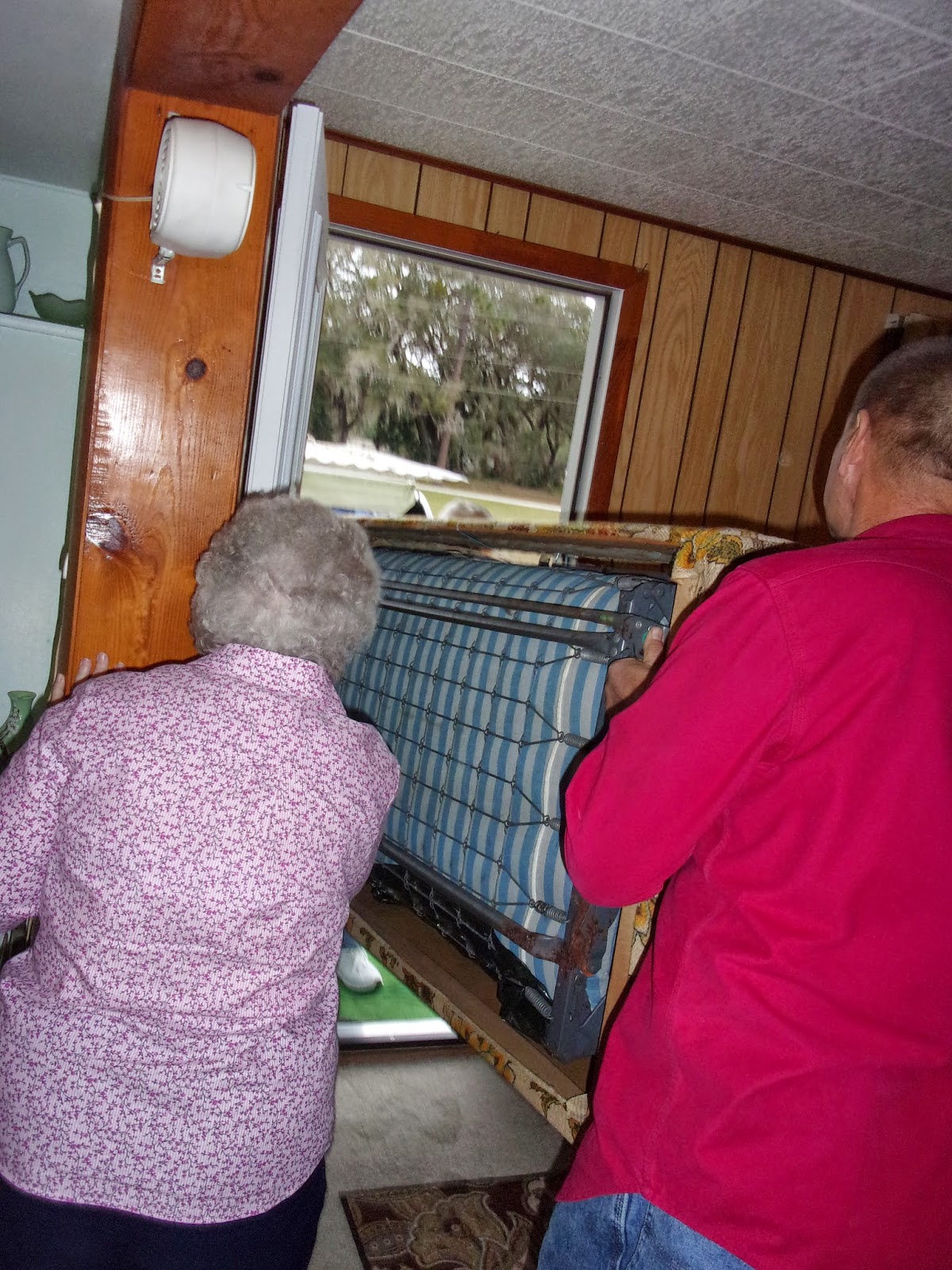 When Bob and Shelly came over on Thursday, the men took out the old couch... 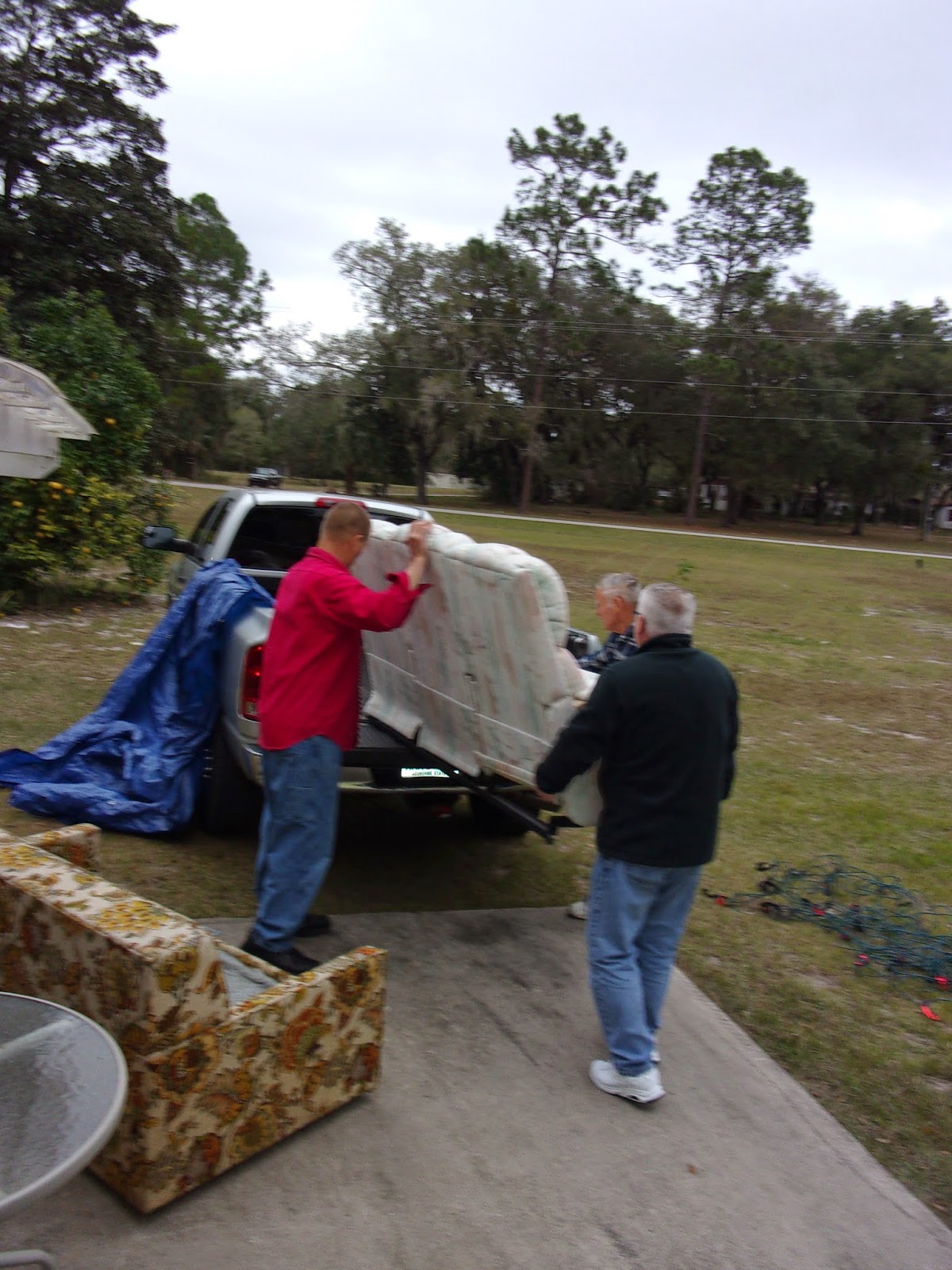 unloaded the new and.... 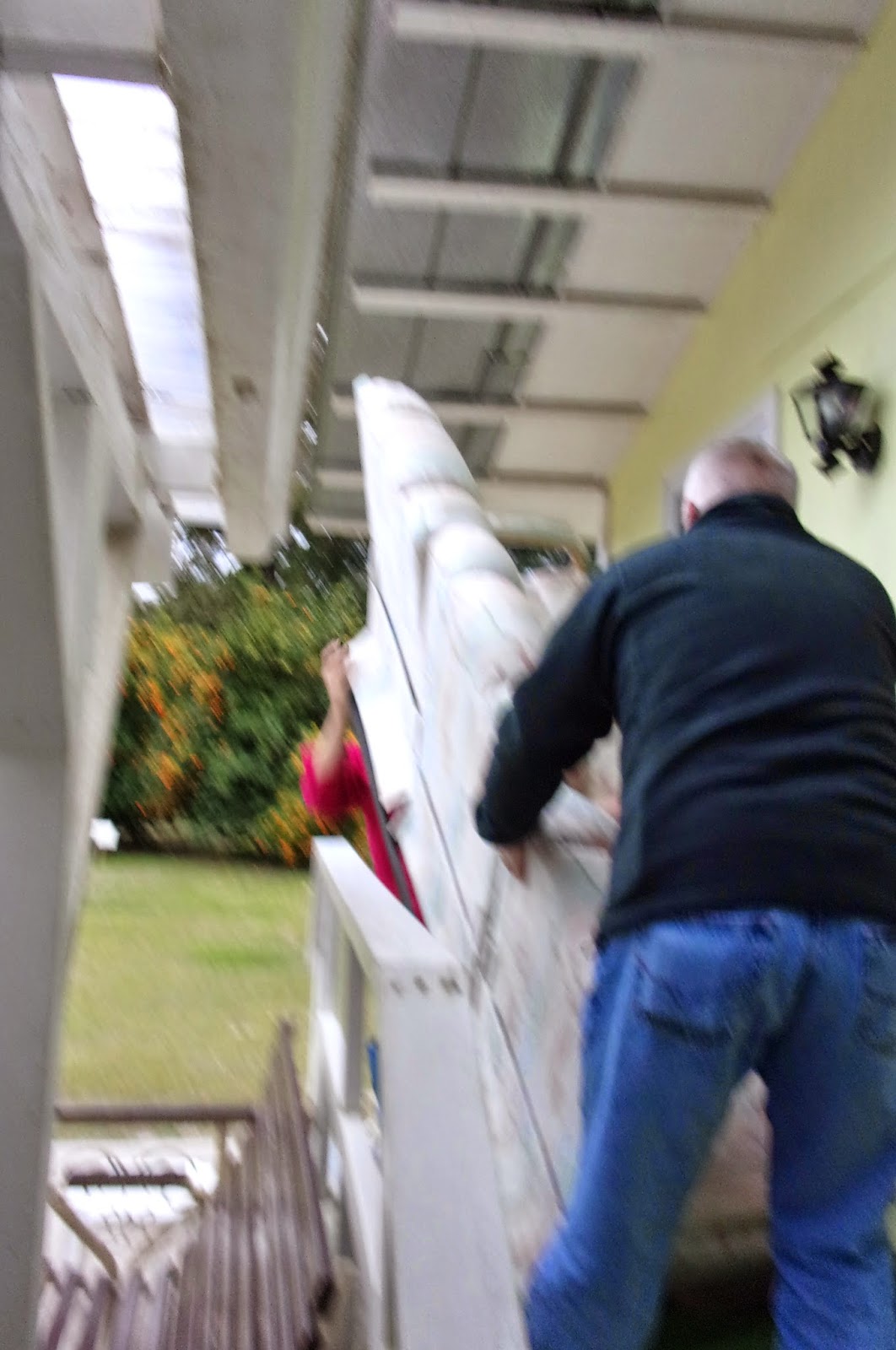 muscled it into its new home! 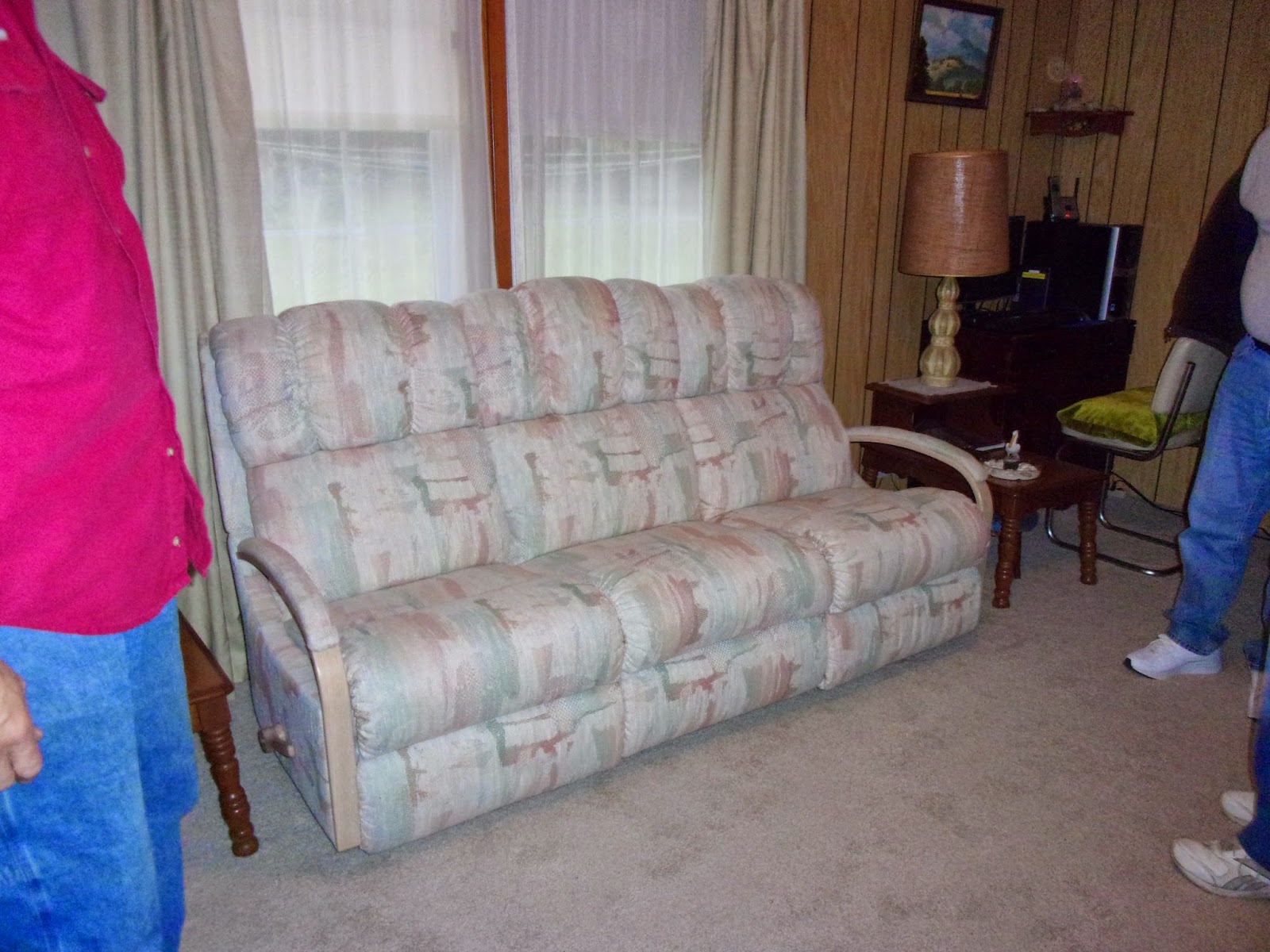 Voila!  What a great addition to the make-over! 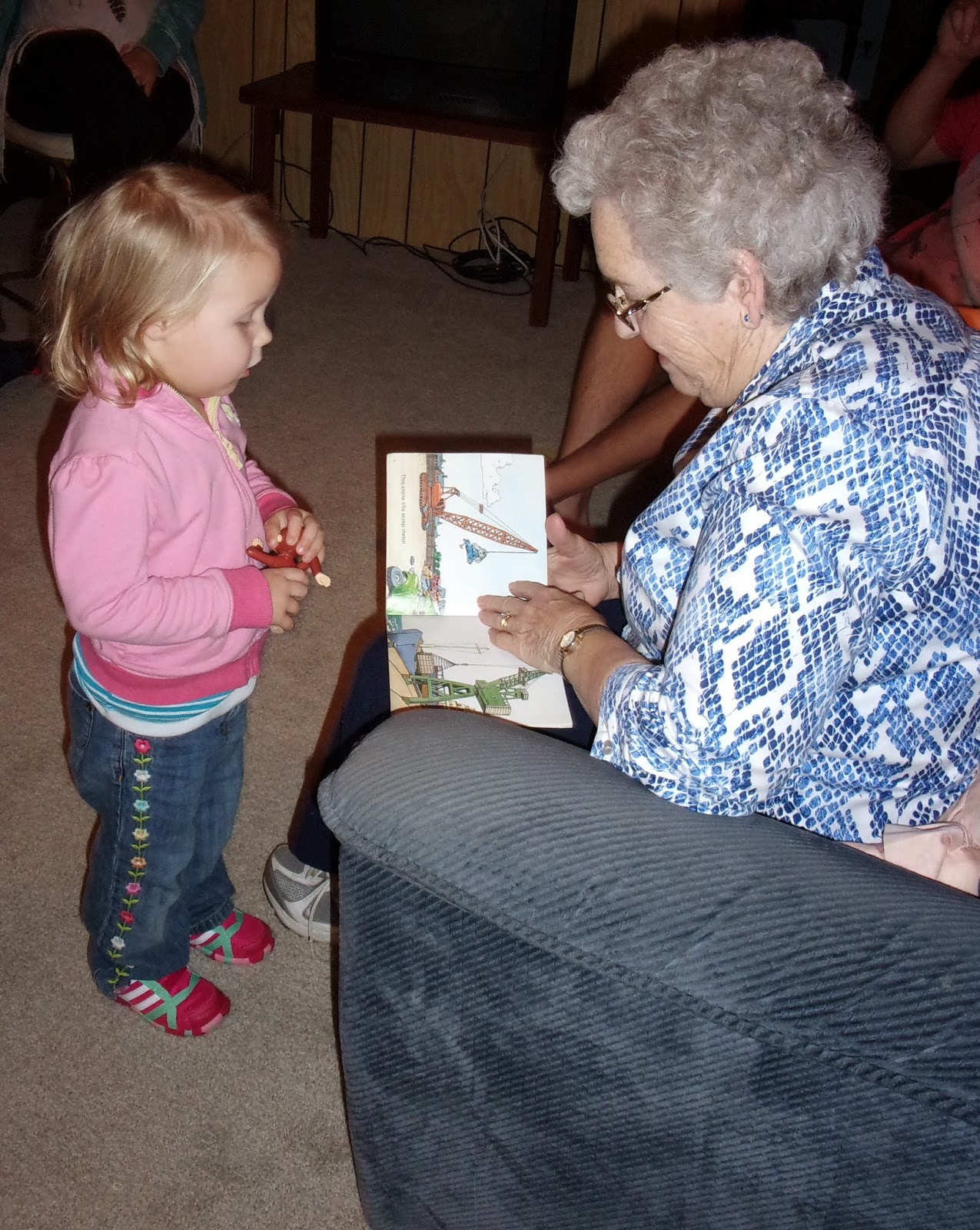 Last night, both of my sons and their families came to see Grandma and Grandpa and the remodel! 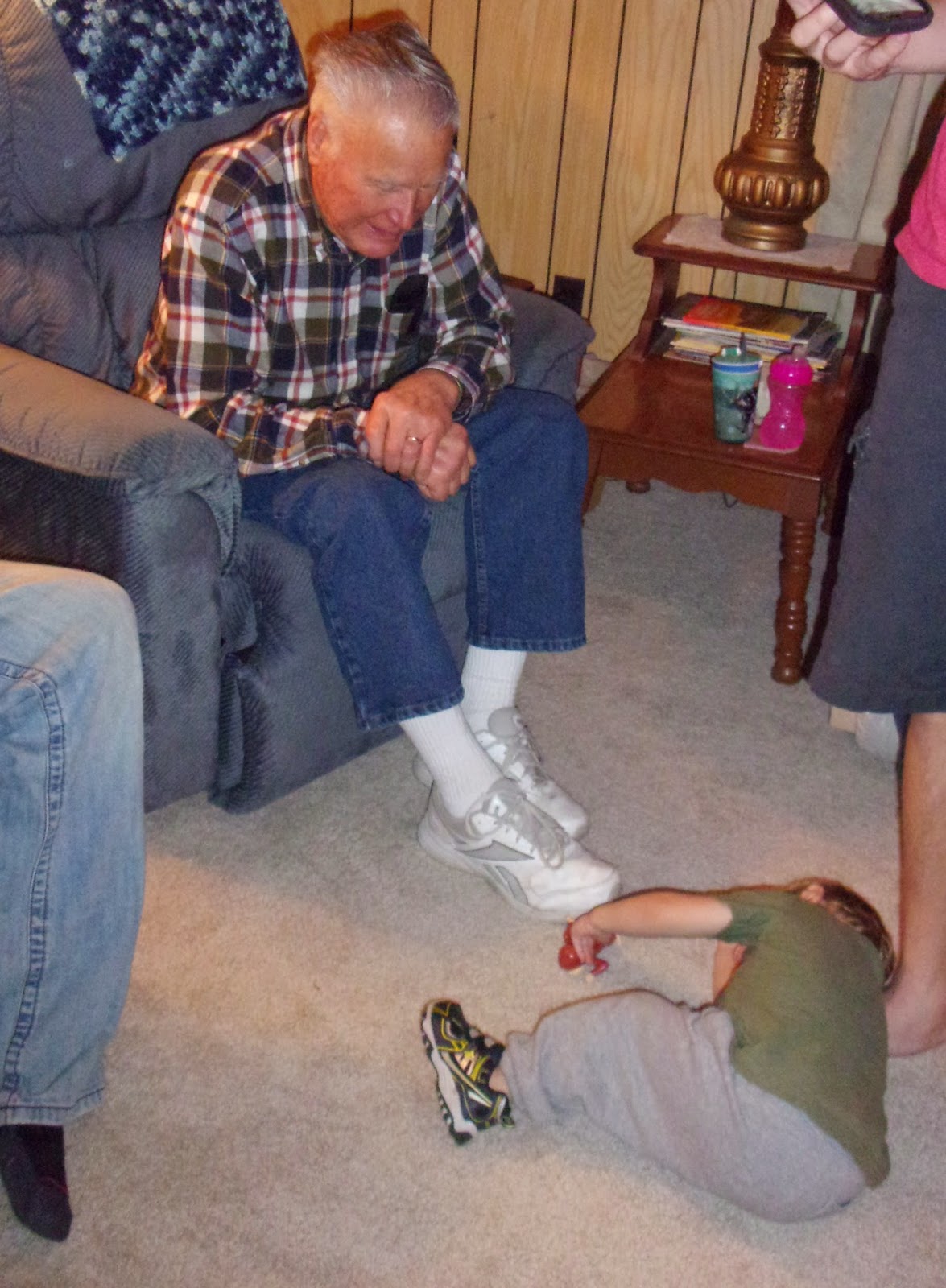 The kids had fun see their great-grandparents after a year away!  There was a lot to catch up on!
- January 10, 2015

Crack of dawn and we were off to Sea World to play at Discovery Cove with family! Oh, let me say that I am not a tourist kinds person  but t... 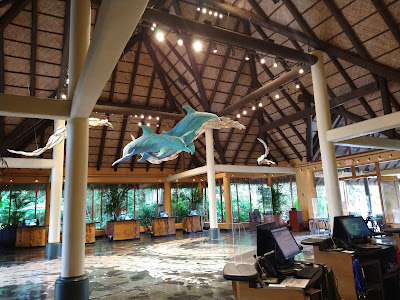