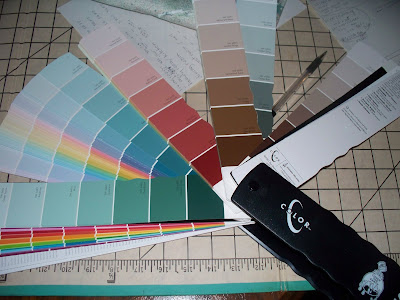 Picking out color statuated choices for our new rooms............and doing the math to have the paint tinted accordingly. 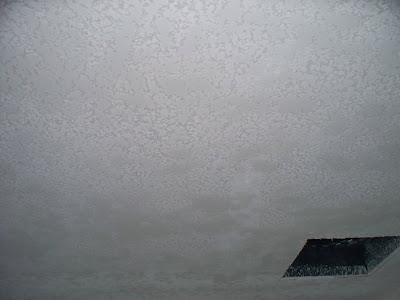 The men put the knockdown on the ceiling (textured mud) and it looks just like I imagined it would! 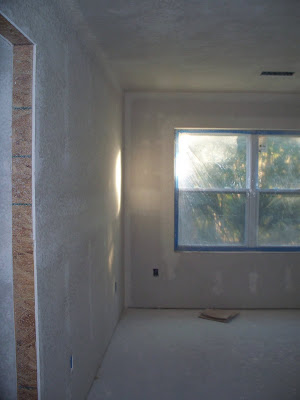 and orange peel (another texture) on the walls. 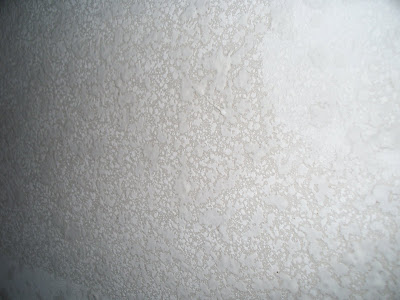 Here is a close-up of the wall.  See the resemblance to an orange peel?! 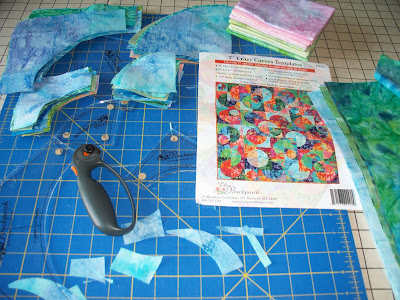 Mom and I each worked to cut out fabric for a quilt.  I forgot a pic of her's so I will get it next time.

Mine is a kit I had bought a while ago from Timeless Treasures, 32 batik fat quarters. 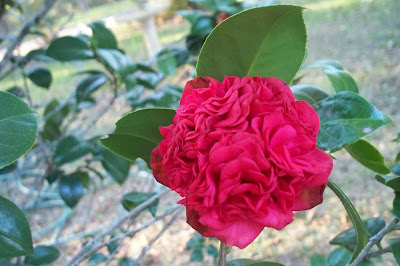 The camillias look like they had been killed by the freezing temps but a whole new set of buds have opened and the bush is brilliant all over again! 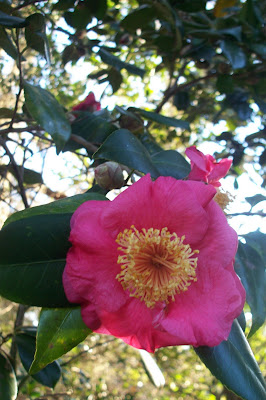 Even the fussy pink one has brought out tons of new blooms.  It is so good to see color again with so much brown evidenced by the cold.  Today Mom and I sat out and had lunch on the back patio.  We soaked up the warmth like a couple of solar panels! 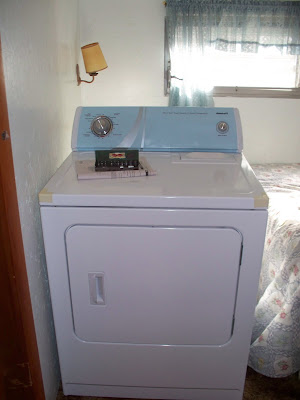 While we were playing with fabric at my house, Dad was working to install a dryer in the spare bedroom for

Mom!  She had a new washer put in a few years ago but has really missed the dryer part of the laundry day.

Since installing a dryer requires a bit more work (think wiring and venting) picking out the dryer was the easy part. 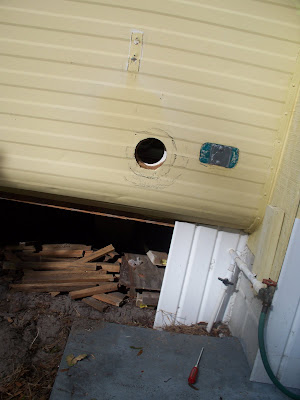 Dad has to vent the dryer out the old trailer part of the house which means he has to work around the curve of the structure and remove the skirting to have access. 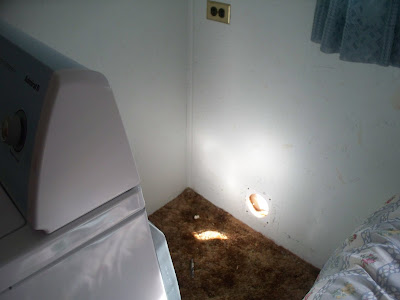 Then he has to run the wiring under the trailer from the pole and fish it up through the hole in the floor.

It is a smart wife who leaves the area when she has generated such a task.  It is good to be retired, right Dad?! 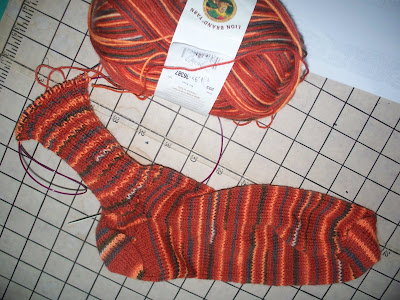 I will be finishing this sock and beginning the second one tonight . 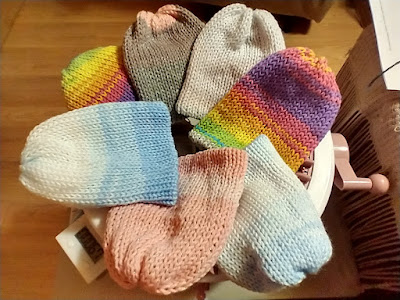