BACK IN THE SADDLE AGAIN! 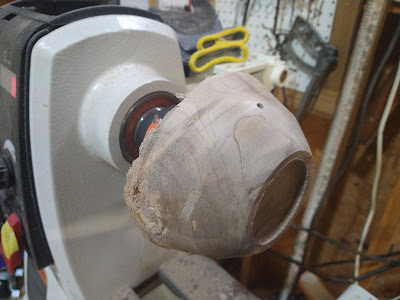 After watering plants and putting bird seed in the feeders, I played at the lathe!  It was good to play again;  I am turning a scrap of Maple log into a bowl.  It was hot and humid and I didn't last but an hour but I sure enjoyed doing instead of just watching! 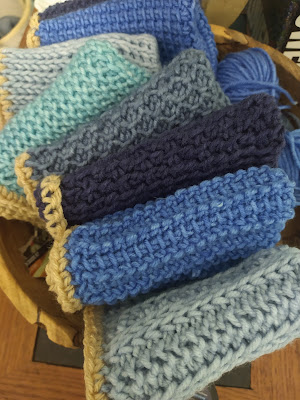 I managed to add the crochet edging to the August block just in time because the new block comes out tomorrow! 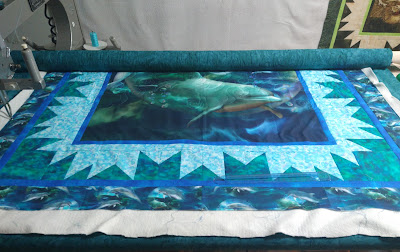 I added several rows to the Dolphin quilt and will be able to finish it today! 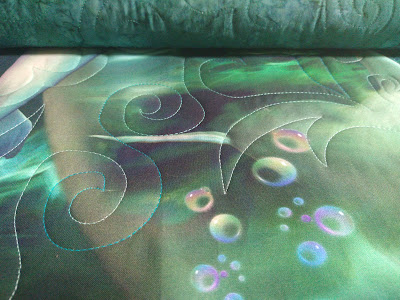 Swirls, hearts and seaweed for this quilt!  It is a very easy pattern to use! 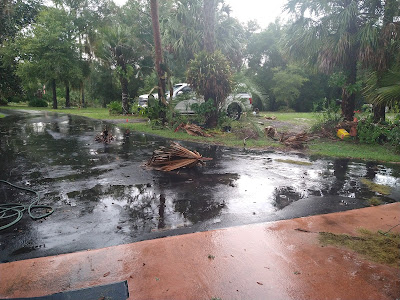 Right after dinner the heat gave way to a major thunderstorm!  We lived up to being the Lightening Capitol of the World today!  There was hardly a few seconds between bolts and rumbles!  In fact, we knew one was really close and our neighbor called to say she lost power!  We had lost it and gained it right back over and over but hers was out for good.  After things calmed down, we went over and Bill * identified the problem;  her transformer blew a fuse!  The power company said they would be there by 9 or so!  I think the FPL crews were very busy last night! 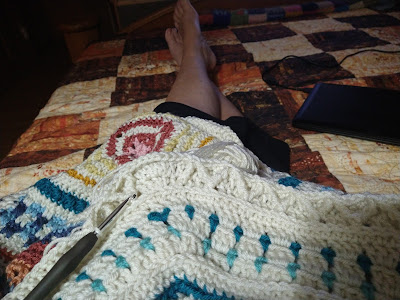 At the close of the day last night, I added another row to the Casablanca afghan!  I hope to add another few rows today while we drive into town to be issued new credit cards--our number has been stolen yet again!  The fraud department is a great service and within 10 minutes of the fraudulent purchases we were alerted and the purchases denied!  But it sure is inconvenient to have to head into town to be issued new cards!  Never boring!
- September 02, 2022

I know, I make so many hats but I hate to wear them--only in a blizzard will you find me wearing one since I got glasses--20+ years ago! lol... 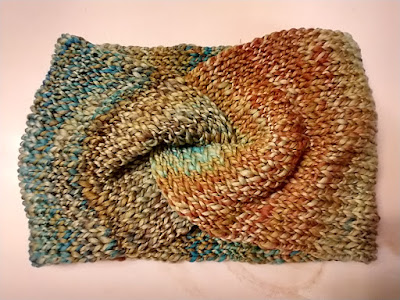