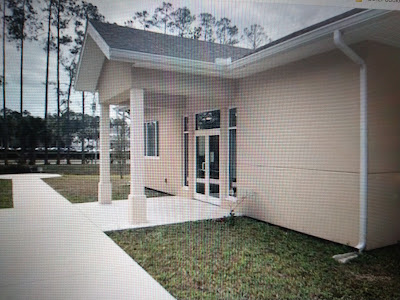 Bill dropped me off for my annual series of MRI's of brain, neck and mid-back.  I have to do all three without contrast and then repeat it all with contrast.  I'm glad I have two arms because the first IV blew out within seconds!  The second arm held for the rest of the scans!  Two hours later, my brain was on overload from the noise alone! 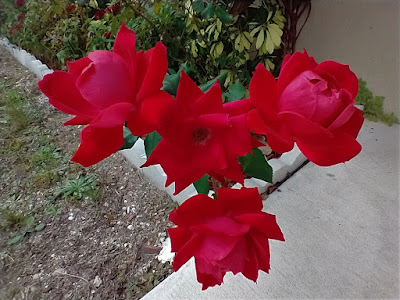 These roses were outside the imaging center-very beautiful but they must've been a hybrid because they had no aroma! 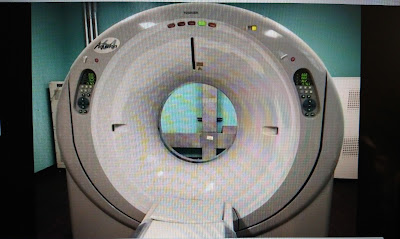 This is where I spent two hours!  I close my eyes before I go into the tube and that works for me so I don't feel claustrophobic! 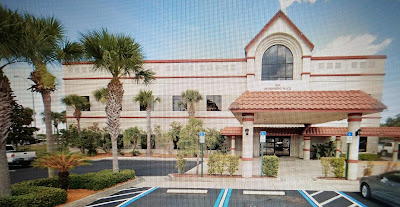 After the imaging, we went to St. Augustine to the orthopedic doctor to get the report on my wrist!  It was a very good report, I am pleased to say;  I don't have to have a hard cast but I was surprised by the restrictions still in place!  I asked him for treatment for crafting withdrawals and he laughed!
I was only half joking!
I don't go back for another 4 weeks. 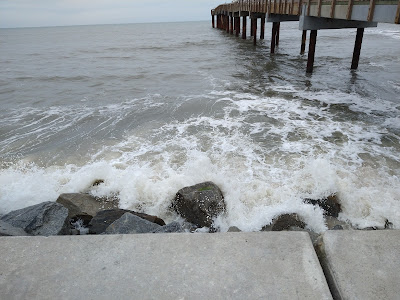 Just down the road was the ocean;  this used to be 100' of beach!  Hurricane Matthew changed so much of the beach front! 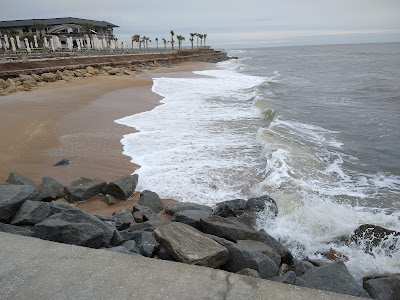 At the end of the cement break wall was this slip of beach in front of a big hotel.  There were birds and one lone surfer out--it was very blustery and cold in the 50's! 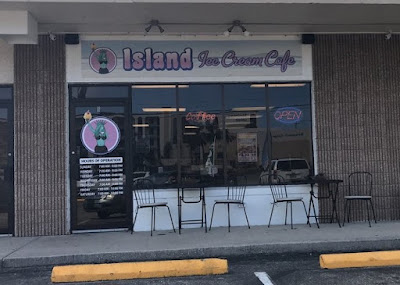 We went to have an ice cream to end out day out but the shop was closed.  We turned around in this little strip mall and there was this little shop!  It was delicious homemade ice cream and a nice artsy place-we sat down inside because there were only Bill and I and one other man.  After the hour drive home, I promptly took a nap in front of the fire for 3 1/2 hours!
- January 26, 2022

This is what I accomplished yesterday for the *QOV sewing day.  There was a huge selection of 'kits' prepared for our choosing or so... 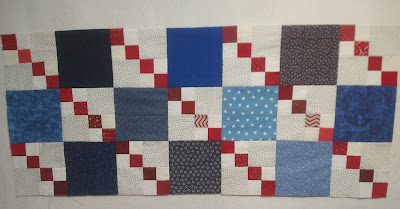