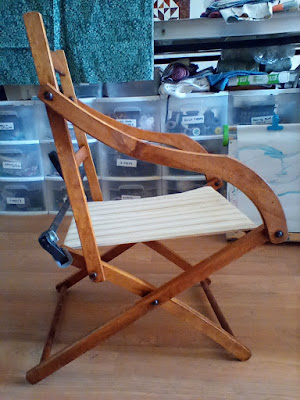 This antique folding deck chair has a wonderful story.
My daughter brought it to me to fix 18 months ago
( the last time I've seen her!)
and while doing my big purge a few weeks ago, I uncovered it!
I took up the challenge! 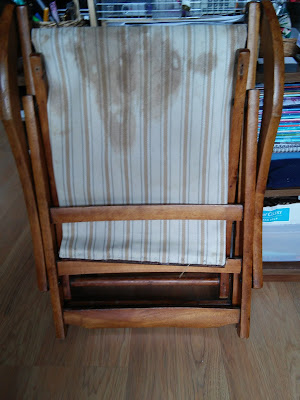 The first thing I did was give it a good clean! 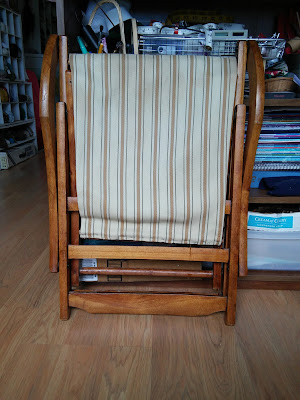 Ahhh, that turned out beautifully which spurred me on to step two which was the real problem. 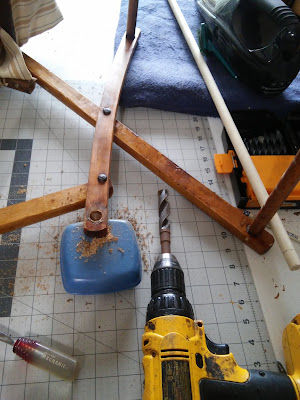 The dowels that held the other end of the fabric seat to its proper spot
on this gloriously clever folding chair  had both broken.
In fact, they had broken off and the dowels remained in the frame
which meant I had to drill out the old and then cut and glue in the new dowels.
Of course, it is like putting the zipper in last for anyone who sews knows,
zippers go in first and then the pants are built around it!
The frame was machine bolted (no way to loosen them) to put in the dowels
but Bill to the rescue--he stretched it just enough to slip the dowel into place
after I had filled the holes with glue!
After that, we put the clamp on it long enough (two days)
to be sure it was secure and  VOILA!
New life for this deck chair!
I do love to fix things....it's too bad I'm not a politician!
- September 21, 2020

Here's a family picture-my brother, sister, parents and me!   I began the day yesterday with a sad cindy moment!  I dropped my ring down... 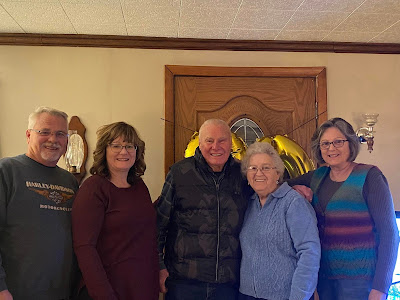