It Took Too Long! 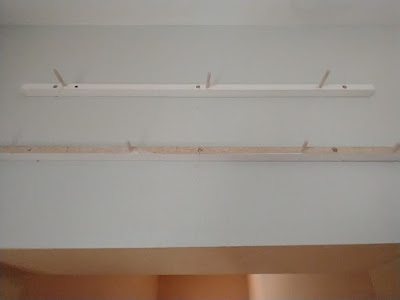 Yesterday, I decided to hang the two shelves I had cut and painted months ago.  I wanted to mount them on the wall in a manner called 'floating' shelves and watched YouTube to learn.  I did learn one thing--that it sure goes more quickly on a short video than it does in real life!  Everything went wrong and I made a lot of rookie mistakes. 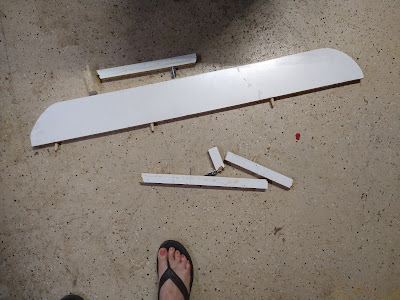 After several, uh, challenges,  I did try a method that kept the shelf on the wall so that I could put a few items actually on the shelf when I finished! 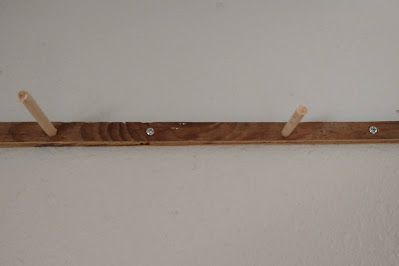 I used mollies and dowels as my method of hanging.
It did work out. 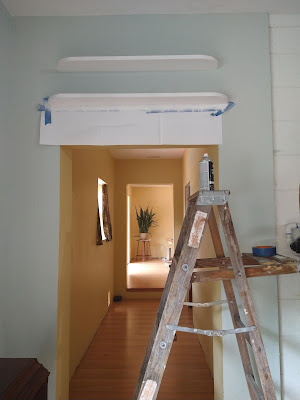 but it was hard work to go up and down the ladder 20 kabillion times because I dropped every screw I tried to pick up!  I had to paint the replacement piece of wood so I covered the wall with paper and tape--it worked. 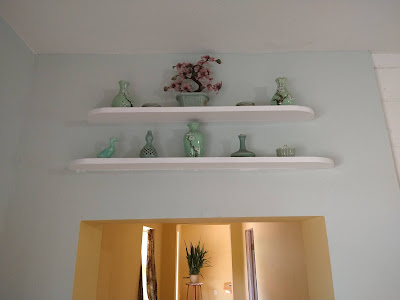 And 5 hours later, I had the shelf pretties arranged
and declared it good! 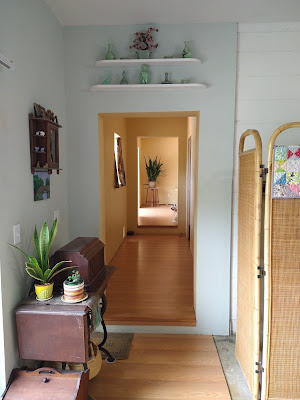 Now it is a pleasant space over the doorway! 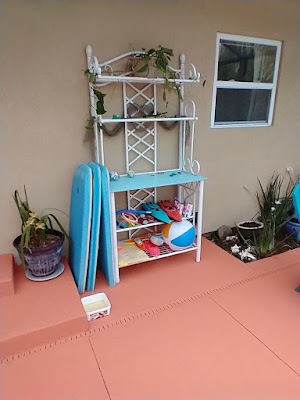 I did work outside, carrying in the things we had removed
from the pool area so we could do the painting. 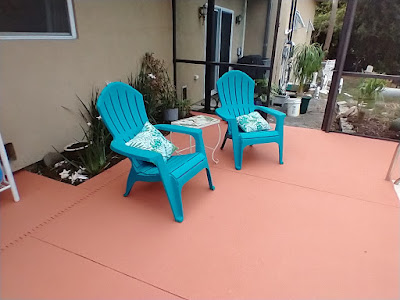 This will be a good place to sit and relax! 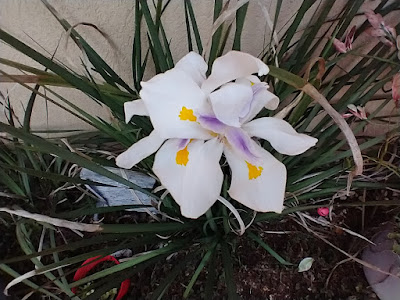 There were 6 of the irises in bloom!  So pretty. 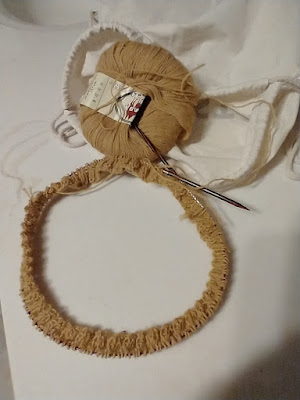 And last night, I cast on a new summer sweater !  This yarn is cursed so I hope it will work for the sleeveless Summer Tee pattern by Berroco called Phillipa.
- March 30, 2021

I enjoyed a slow day today, not because I was sick but because it rained most of the day!  It was nice to just be.  I worked on the Casablan... 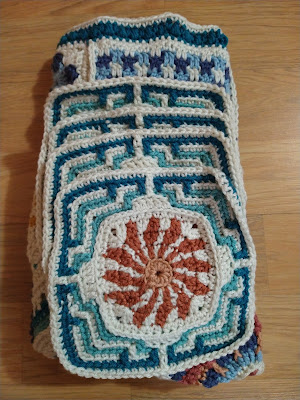 View my complete profile
She looks for flax and wool and works with her hands in delight.
Proverb 31:13