Up to My Neck in Clover! 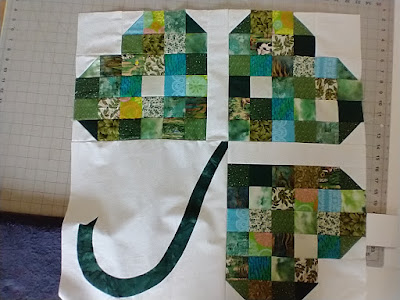 I went right to work on piecing the last lobe for the clover and just wasn't satisfied!  They needed to touch in the middle at the stem and they weren't.  I ripped out each large block from the other and took off the sashing strips. 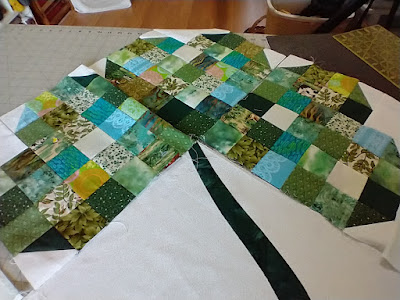 When I put them down to see it wasn't distinct enough--each lobe blended into its neighbor.... 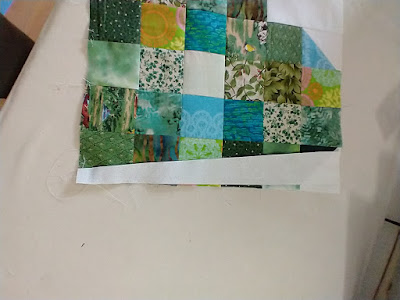 I added a strip to the side between lobes and pressed it out and trimmed so it is still a squared block. 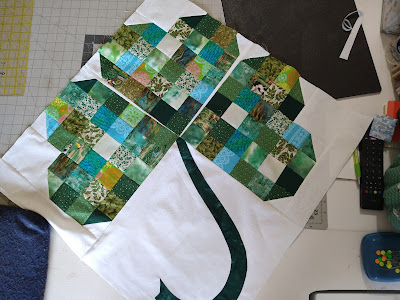 Now when they are together, it is just the right look!  What a lot of work but such a good feeling to conquer a problem! 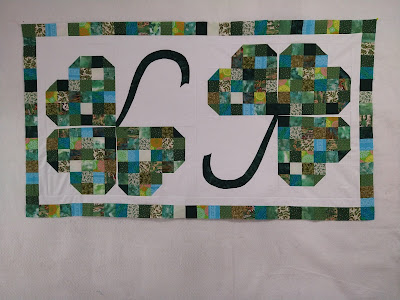 I put the two newly renovated blocks back together and I liked what I had...but there were so many green squares leftover,
I added a border like I did to last month's runner.
It looks framed now! 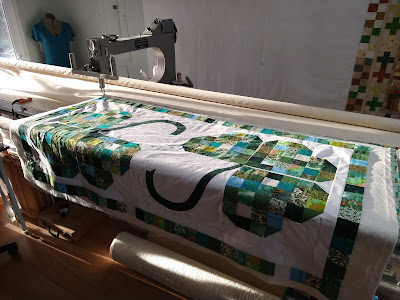 I even loaded it onto the frame and wait until you see the backing!  I went stash diving to find just the right piece I remembered from somewhere a long time ago....
That pretty much summed up my Saturday!
Today, I am knitting the ribbing up that man sock!
- March 14, 2021

Just a Stone or Two

Bill and Caleb worked on running electricity to the shed in Caleb's back yard;  Matthew and I started with this project and arranged the... 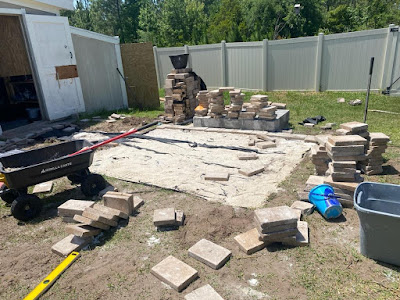 I spin, knit, dye and weave. And then there is sewing, quilting and woodturning...